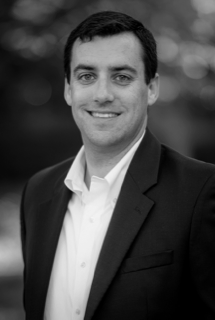 Lucas began his career as a summer intern from Clemson with Fuller Group in the summer of 2008. He subsequently joined Fuller Group full-time as an Engineering Intern.

Lucas exhibited strong engineering skills, and combined that with a strong sense of ethics and comfort when working with clients.

Upon achieving his PE and SE certifications, he worked as a Project Manager before recently becoming a Principal with the firm. Mr. Young obtained both his Bachelor’s and Master’s degrees from Clemson University in Civil Engineering. Since joining the staff at Fuller, Mr. Young has combined his technical knowledge and passion for business development to help grow the firm in client base and technical ability. He currently manages many aspects of the Structural Division, including the Health Care, Commercial, and Industrial Sectors.

Lucas also supports Fuller’s Envelope Division by providing structural investigations and serving as an expert witness when called upon for construction litigation.

Lucas’s combination of hard work, strong ethics and leadership capabilities has allowed him to quickly rise to a senior position in the firm.  He is respected by both his fellow engineers in the firm and clients outside the firm.

Lucas is a member of SCSPE, the Structural Engineering Association of South Carolina, and the American Institute of Steel Construction.  He is a registered Professional Engineer in South Carolina, Alabama, Georgia, Tennessee, North Carolina, Idaho, and Montana.

As a graduate of Clemson, Lucas loves attending any Clemson sporting event. If he is not at a Clemson game, he is serving at Greenville ARP Church or spending time with his wife and two daughters in Greenville, SC.

“Lucas is exactly what we look for in a member.  He brings great ideas to the table, and we look forward to his continued service to the Society,” said Adam B. Jones, SCSPE Executive Director.  The SCSPE Young Engineer of the Year is a practicing Professional Engineer under the age of 35 years of age.