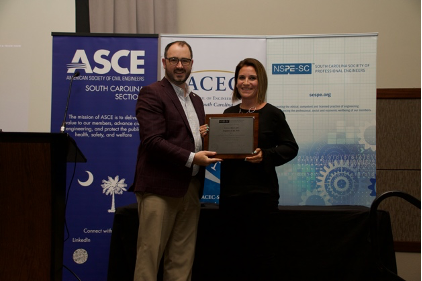 Warfel is a native of Clevland, Ohio, but lives in Greer with her daughter, two dogs, and two chickens.   She enjoys giving back to younger engineers and mentoring future Professional Engineers.

SCSPE Engineering of the Year Past Recipients